Will Texas Halt An Execution Over Mental Illness? 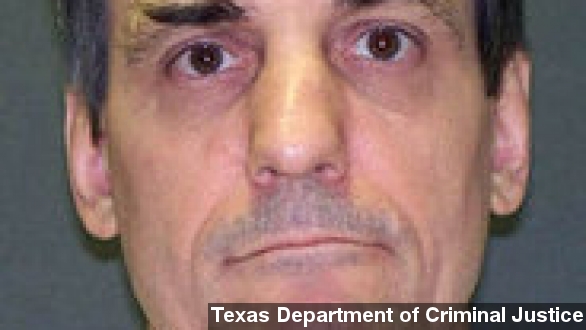 Scott Panetti, a Texas man who killed his in-laws and was sentenced to death in 1995, was granted a stay Wednesday due to beliefs he is schizophrenic.

​In 1992, Scott Panetti, a discharged naval vet and Texan, shot and killed his father-in-law and mother-in-law with a deer rifle while his wife and daughter watched.

The case has always been surrounded by controversy involving mental health and capital punishment. Panetti had been diagnosed with schizophrenia by several doctors before the shooting. He was sentenced to death three years after the murders. (Video via KXAS)

But Wednesday, just hours before Panetti was scheduled to die by lethal injection, the now-56-year-old was granted a stay of execution by the U.S. Fifth Circuit Court of Appeals.

According to NBC, the move is intended "to allow [the court] to fully consider the late arriving and complex legal questions at issue in this matter."

In 1986, the Supreme Court ruled in Ford v. Wainwright that the insane could not be executed. A person has to be capable of understanding why they will be put to death.

During his trail, Panetti insisted on representing himself and wore a cowboy costume with a purple bandana around his neck. He called more than 200 witnesses including Jesus, John F. Kennedy, the pope and even another of his personalities he called Sergeant.

"It was like Sergeant was talking right through Scott's mouth. His voice was not Scotts," said Panetti's father.

"If this was made into a movie, nobody would believe it," claimed Panetti's mother.

"An alter ego of mine, Sergeant, killed my in laws," said Panetti. (Video via Off Center Media)

National Journal reports Panetti's lawyer Kathryn Kase wrote a letter to Texas governor Rick Perry, arguing "Panetti hasn't received a mental evaluation in seven years. Kase asked that Perry grant a 30-day stay to the scheduled execution so that an evaluation can be done to determine if he understands his punishment."

"He has one of the most severe forms of schizophrenia I've ever seen. ... He thought he was being put to death because he preached the word of the gospel," said Silverman.

"I don't understand how there was any question that he was I guess sane," Ronan Farrow said.

"Well, yes. And here's a guy who, long before the crime in question, was diagnosed with schizophrenia. So it's not a situation where you say 'Oh, you're just putting on a show to get off,'" answered MSNBC contributor Ari Melber.

But that seems to be the exact argument from the State of Texas — where in the past 30 years 518 people have been executed.

The New York Times reports the state "contends in legal filings that conversations between Mr. Panetti and his parents, secretly taped by prison officials, 'provide conclusive evidence that Panetti has a rational understanding of the relationship between his crime and his punishment,' and that he 'has been grossly exaggerating his symptoms while being observed.'"

And while that is a possibility, Panetti's history with mental health issues goes back 17 years before the 1992 shooting.

His last doctor's visit before his arrest was in 1991, after which the doctor diagnosed Panetti with acute schizoaffective disorder​, noting he had  “manic-like level activity with poor insight ... speech was rambling and there was a preoccupation with religion.”

It's unclear what the next step will be now that Panetti has been granted a stay, but it is worth noting he has not been granted clemency, so there is still a chance he will eventually be executed.

This video includes an image from the Texas Department of Criminal Justice.