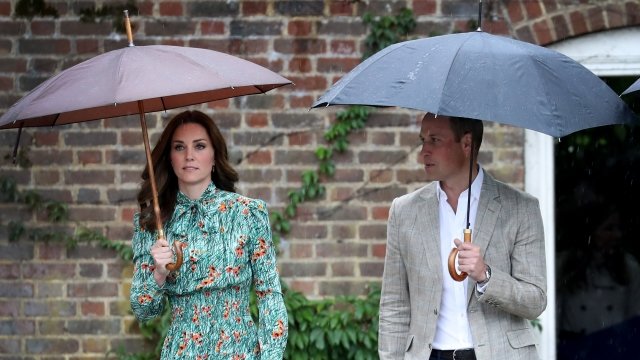 A French tabloid must pay the royal couple $119,000 in damages. It published topless photos of the Duchess of Cambridge in 2012.

A French court ordered a magazine to pay the Duke and Duchess of Cambridge $119,000 in damages, five years after it published topless photos of Kate Middleton.

In 2012, a photographer for Closer magazine — a French tabloid — snapped photos of Kate sunbathing from about a half-mile away.

Kate and William were staying at a private residence in Provence, France.

On Tuesday, the court ruled Closer magazine violated the couple's privacy. In addition to the $119,000 in damages, the magazine's editor and owner must pay a fine of roughly $54,000 each.

The court has agreed to hear a case that could change how police get location data from cellphone companies.

Although the magazine's editor and owner got the maximum fine the French legal system allows, the damages awarded were considerably less than the $1.9 million the couple's lawyers pushed for.

The court's decision came the day after William and Kate said they're expecting their third child.