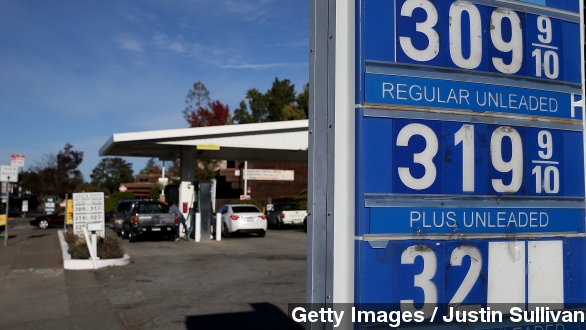 OPEC makes a non-move with a decision to keep its barrel quota steady next year sending barrel prices downward.

An unlikely outcome between the Organization of the Petroleum Exporting Countries producers Thursday could help gas prices reach a four-year low.

The decision: OPEC will not raise its production quota for the coming year. This means its producers can cap at a ceiling of 30 million barrels per day, though they are free to produce more. (Video via YouTube / OPEC)

The news sent gas prices downward, slashing more than $6 off barrel prices for crude oil on Thursday. (Video via RT)

So why is this move between oil-producing countries significant? Analysts speculate its an unusual short-term strategy for OPEC, who produces a third of the world’s supply.

Simply put, some speculate OPEC doesn’t want to manage the oil market right now. It would rather sit back and let the market determine its own price. This is because demand fell under production in 2014, meaning OPEC has an influx of oil according to The New York Times.

And it might not be a surprise that self-regulated market prices will be much lower than normal since demand is low during the influx. But there are winners and losers to this deal.

The immediate winners are average consumers. OPEC’s sustained ceiling keeps prices low for now. Plus, a boost in U.S. shale oil production and slow growth in Asia has converged into a perfect storm of price-slashing for now.

The losers on the other hand are the poorer countries of OPEC, like Algeria and Venezuela. Those countries were bargaining for a quota decrease to bolster demand and inflate prices. (Video via CNBC)

Then, there are those who think ahead and suspect we’ll all be paying the price for this later.

OPEC wants to slow down production projects like the boom in U.S. shale fracking by stabilizing lower prices and regaining lost market share. One analyst told Business News Network: this means we shouldn't expect the cuts to last.

“Once you pass $50 you make all shale projects uneconomic. There are large cap expenditures going on here and they grind to halt … There’ll be about four years of pain for [OPEC], but after that they're the major supplier, they'll have more market share,” Kevin O'Leary said.

It’s hard to determine when or if OPEC will allow prices to drop to stifle alternative energy projects and increase its control over the markets again. The organization will reconsider its ceiling again during the next session in June 2015.