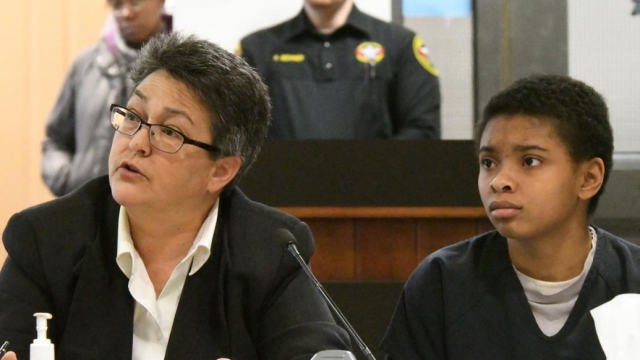 22-year-old Chrystul Kizer is facing life in prison in the killing of Randall Volar when she was 17, after meeting him on a sex trafficking website.

In Wisconsin, a groundbreaking legal decision involving sex trafficking and a woman accused of killing the man who she says abused her.

22-year-old Chrystul Kizer is facing life in prison in the killing of Randall Volar when she was 17, after meeting him on a sex trafficking website. Prosecutors say in 2018, she went to Volar's home in Kenosha, Wisconsin, shot him and set him on fire.

Kizer says Volar sexually assaulted her and sold her to others for sex. But it wasn't just her. Volar reportedly was about to be arrested for sex crimes against children before he died — specifically about a dozen underage Black girls.

On Wednesday, Wisconsin's Supreme Court ruled that Kizer can apply a state law at her upcoming trial — that sex-trafficked victims can be absolved of crimes, even murder, if their actions were a direct result of being trafficked.

The justices said Kizer still must show the killing was connected to being trafficked.

Mallory Littlejohn of the Chicago Alliance Against Sexual Exploitation, who says this decision could help shape the legal immunity of trafficked victims nationally.

A Victim Of Human Trafficking Shares Their Story

According to Legal Action of Wisconsin, nearly 40 states passed laws giving trafficking victims some level of criminal immunity. And for survivors, hope.

Chandra Cooper, CEO of Grateful Girls Inc., a support system for victims of human trafficking, says this decision is a milestone.

"If you are a victim or survivor and you find yourself in a situation similar to hers, there's a chance that there's some immunity towards that," she said.

And maybe cycle through a few papers or headlines:

Kizer's story has gotten national attention with over 1.5 million signatures on change.org, a petition to drop all charges against Kizer. And Littlejohn hopes national coverage gets Americans to pay attention.

In a 2019 interview with The Washington Post, Kizer shared she was from a troubled home and that Volar had been her only friend. No trial date has been set yet.