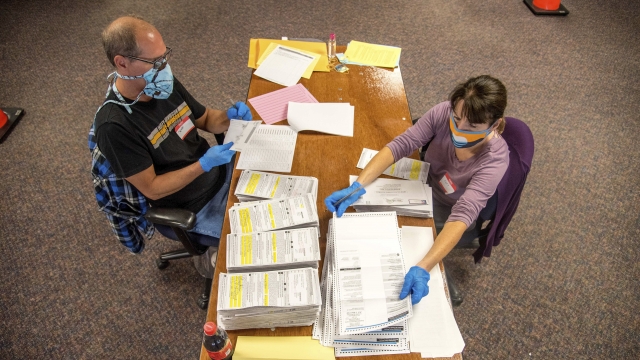 In Wisconsin, mail-in voting can resume after the state's Supreme Court ruled to keep the Green Party off the ballot.

Last week, the court paused absentee voting until it decided if the Green Party's presidential ticket could appear on ballots.

In its ruling Monday, it said it's too late to add new names and doing so would cause confusion for voters who already got and sent in their ballots.

In 2016, the Green Party's candidate received more than 30,000 votes in Wisconsin, more than the margin that helped President Trump win the state.

According to polls, Democratic nominee Joe Biden has a narrow lead over the president in the battleground state.