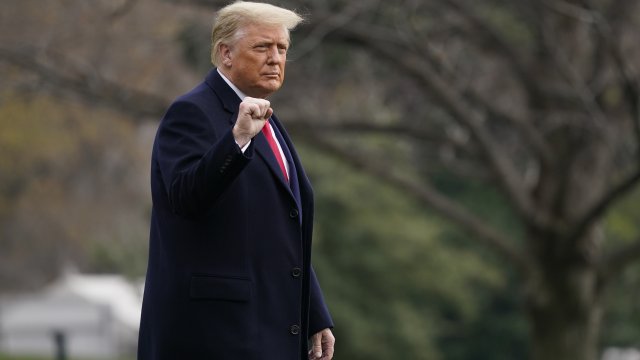 A state judge ruled the president's arguments as meritless a day before the conservative-majority higher court agreed to take the case.

His lawsuit aims to throw out more than 220,000 absentee and early in-person ballots in two of the most Democratic parts of the state. It claims several of the state's election practices violated the law there. But he's not pushing to eliminate ballots cast the same way in other parts of the state.

A state judge ruled the president's arguments as merit-less a day before the conservative-majority higher court agreed to take the case. It originally refused to hear it until it went through lower courts.

But even though the court took the case, the president still faces a rough road.

Wisconsin's Supreme Court justices are expected to make a decision before the Electoral College meets Monday. Once they cast their ballots, Joe Biden will be formally elected as the next president.