With Latest Investment, Toyota Gets Serious About Self-Driving Cars 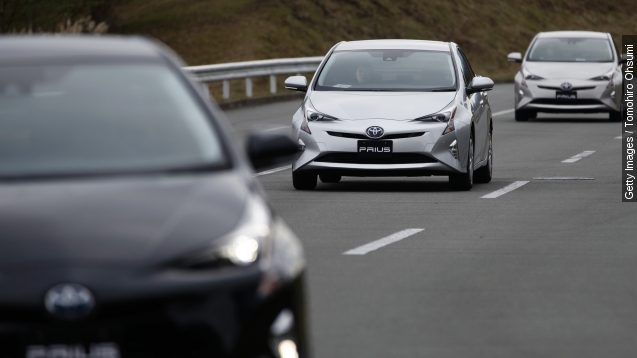 Toyota wants a self-driving car on the road by 2020, and its investment in AI firm Preferred Networks Inc. could help it achieve that goal.

Toyota will invest in an artificial intelligence technology firm located in Tokyo.

And you should care because that company, Preferred Networks Inc., could help Toyota reach its self-driving-autos goal of having its autonomous cars on highways by 2020. (Video via Toyota)

Toyota said it's taking a 3 percent stake in the firm, or 1 billion yen, which works out to about an $8.1 million investment.

Toyota's head engineer of connected-car research told The Wall Street Journal, "This will strengthen our partnership as our collaboration has begun to show various results."

According to a press release, "The demonstration will showcase a concept that features a potential automotive application of [Preferred Networks'] technology, where multiple vehicles learn not to collide with each other."

Though we can agree that driverless cars not crashing into one another is a pretty important thing for the companies to get right, the more important issue is still teaching the cars to navigate safely around human drivers. (Video via Bloomberg)