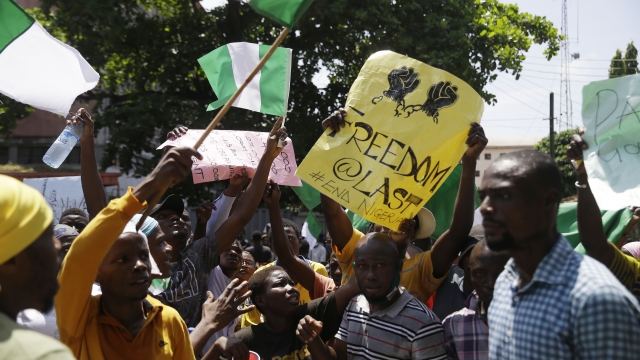 In the second week of protests against police brutality in Nigeria, demonstrators were shot at in the capital city of Lagos.

The government has ordered an investigation into the incident. Nigeria's army said none of its soldiers were at the protest.

Demonstrators have made claims of kidnapping and harassment by the police Special Anti-Robbery Squad. Protests started after a video circulated of a man being beaten, allegedly by members of that police group.

The government has imposed a 24-hour curfew on Lagos. Police officials say anti-riot officers are being deployed across the country.