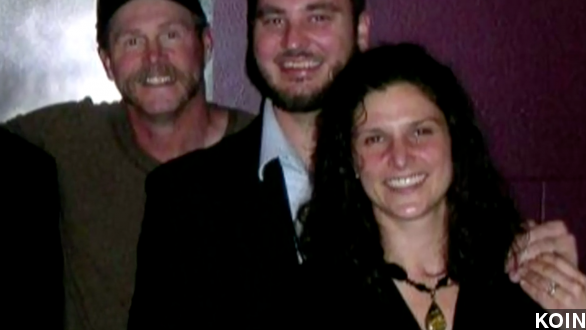 36-year-old Renee Radziwon-Chapman was WildCat Haven's head keeper for the past eight years. She died after being attacked by a cougar.

An animal sanctuary in northwest Oregon has identified the woman killed by a cougar over the weekend.

On Sunday, WildCat Haven released a statement saying 36-year-old head keeper Renee Radziwon-Chapman was the woman killed Saturday night. She had held the position for the past eight years. (Via WildCat Haven)

WildCat Haven's executive director was quoted in the statement saying: "Not only was she one of our most dedicated staff members, we thought of her as family."

Radziwon-Chapman was found dead Saturday after a cougar attacked her inside a 14-foot tall enclosure. Investigators and the sanctuary believe she was alone when it happened. (Via KOIN)

If Radziwon-Chapman was alone in the enclosure, she would have been breaking the santuary's policy requiring at least two people inside at any time. According to the sanctuary, an investigation is ongoing. (Via WMAQ)

In the meantime, the sanctuary has comfirmed all of the wildcats inside the large enclosure have been accounted for, and the cougar that killed Radziwon-Chapman has been put in a cage. (Via WABC)

One of her neighbors spoke to KGW-TV and said she was in complete shock about her death.

JUNE SLAYTON: "It was devastating. I really feel bad. I just can't believe it, I can't absorb it." (Via KGW-TV)

Radziwon-Chapman, who was known for being comfortable around the animals, gave KATU a tour of the facility back in 2011.

RADZIWON-CHAPMAN: "I don't think people realize how many cats are in captivity or how many people own them in backyards."

Radizwon-Chapman leaves behind a husband and a newborn baby daughter.