Woman Who Lived With Corpse Gets Community Service 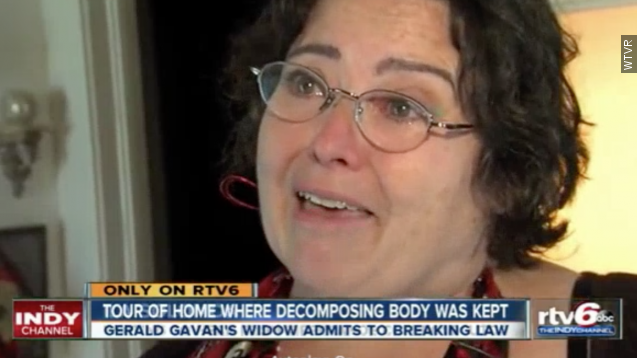 Ila Solomon will serve 60 days of community service for failure to report a dead body and unlawful disposition of a dead body.

A woman accused of living with her ex-husband's corpse for nine months will serve 60 days of community service.

Ila Solomon of Lafayette, Indiana, pleaded guilty to failure to report a dead body and unlawful disposition of a dead body.

Solomon told Newsy's partners at WRTV she was fulfilling her husband's last wish.

"I just think that somebody who did so much for the United States should have the death he wanted, that's all. He just wanted to be eaten by the birds to be part of the cycle of life," Solomon said.

She says her husband, Gerald Gavan, wanted to be part of a ritual from India where birds eat the human corpse.