Women Candidates May Be Embracing Womanhood, Motherhood In Midterms 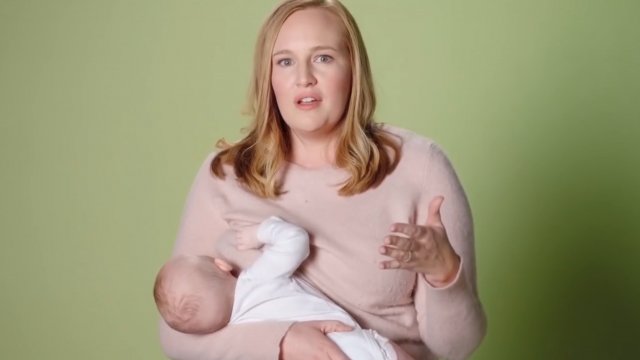 More women are running for office than ever before.

This election cycle, more women are running for office than ever before. And not only are they running, they are running a bit differently than they have in the past by embracing their motherhood, their womanhood and being more authentic about putting their whole selves forward, not downplaying it like women have had to for generations. Now, they seem to be writing their own playbook on how to run for office.

"The fact they were mothers; the fact that perhaps they experienced sexual assault or sexual abuse like many women who are coming forward in 'Me, Too,' all those personal experiences they're bringing to bear in their runs for office," Luiza Savage from Politico told Newsy.

The reason for the change? Experts say the #MeToo movement happening in every industry nationwide and the result of the 2016 election are two huge factors.

"They looked at Trump and saw someone with no political experience, with all kinds of issues who stood up and did it and they thought, 'If he can do it, I can do it too,'" Savage said.

In the 2016 campaign, President Trump and Sen. Bernie Sanders were able to find success while being completely authentic. That's given a bit of a framework that true authenticity works and voters respond positively to that type of consistency.

The political world has really centered on women (aka Hillary Clinton) breaking the glass ceiling in presidential politics, but in the meantime ...

"Women got stuck. They got stuck at 20 percent of the House and Senate after years of moving forward. The last few election cycles have been really stagnant for women," Savage said.

But statistically, that shouldn't be the case. Research shows that women win at the same rate as men when they run for office, but for many reasons, they don't run. Now they are throwing their hats into the ring, but the question remains whether the authentic approach will actually work in our evolving political and cultural climates.

"There are a lot of factors that go into this, and actually women could end up in the same place that they were before. It's not a given that this increased excitement and engagement will actually lead to more women in seats of power," Savage said.