Women's Education At A Standstill In Afghanistan 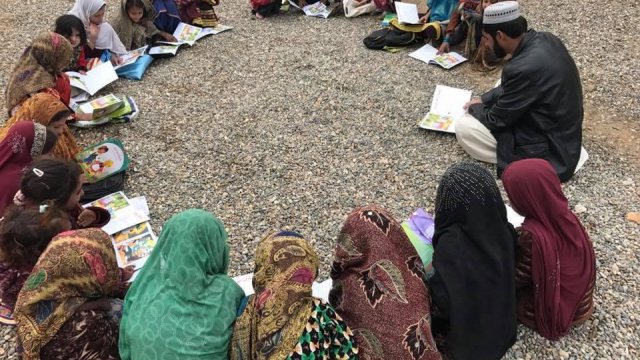 Taliban leadership in Afghanistan have promised education opportunities for all, but that hasn't happened for older girls and women.

Before Taliban forces reclaimed power in Afghanistan in September, activist and Pen Path founder Matiullah Wesa and his brother were on a mission to bring education to all.

"Sometimes we don't have money and roads condition is not good," said Wesa.

So far, he's been safe — a far cry from his childhood education battle. In 2004, Wesa's school in Kandahar was burned by militants. He says they came to his home where his father, a tribal leader, was threatened at gunpoint for his role in education activism. Since 2009 he and a group of volunteers have been following in his father's steps, providing hundreds of thousands of books to children; 1,700 in-house education opportunities for girls; and going door-to-door pleading with families to allow their girls to attend school when one is available.

He says sometimes the hesitation is cultural; families prefer classes to separate males and females, or they need every member of the family to work.

There's another battle in the fight for women's education. Some are still being kept out of the classroom despite assurances from the Taliban that all women and girls will be allowed an education. In most cases, older girls, above the age of 12, have been excluded.

"I think like the rest of the world, we're impatient with promises that aren't then followed by action," said Suzanne Ehlers, CEO of the Malala Fund.

When the Taliban gained control of the country in 1996, women were largely excluded from school. Now, the Taliban's education minister says leaders want to make sure schooling is aligned with their interpretation of Islamic law first. Ehlers says her group is pressuring the international community to compel the Taliban to make good on its word.

"We know that every day that a girl is out of school, it makes it disproportionately more difficult for her to get back into school," said Ehlers.

Her organization's co-founder Malala Yousafzai was shot in the head in 2012 after she and her father Ziauddin began speaking out against the Taliban's education bans in Pakistan.

According to Ehlers, research shows when women are able to learn, there's prosperity all around.

"Security, humanitarian, peace — all of those educated girls go on to sit at those tables, navigate those conversations and make decisions in defense of justice and human rights," she said.

In rural Afghanistan, Wesa says despite the challenges, he isn't afraid to spread the message because he too understands the overall good of education for all.