Women Are Still A Minority In Behind-The-Scenes TV Roles 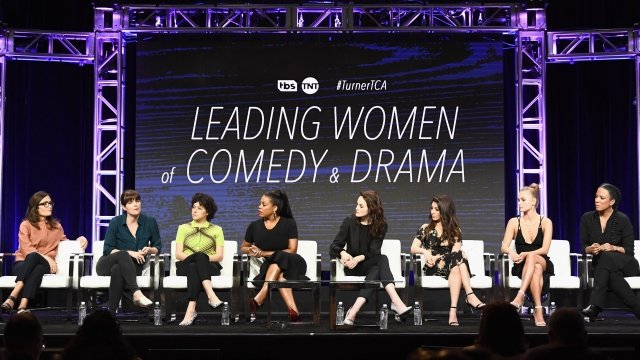 A new study shows a lack of women working behind the scenes, but some networks are trying to change that.

On screen, television is seeing more diverse casts and better representations of women. But off screen, that's not really the case.

An annual report from the Center for the Study of Women in Television and Film found that women are still underrepresented in the industry. From 2016 to 2017, women comprised only 28 percent of key behind-the-scenes positions.

For just broadcast television, the percentage of women working in key positions has made  "no meaningful progress over the last decade."

This Muslim Superhero May Battle A Real-World Threat: Islamophobia

"DC's Legends of Tomorrow" will introduce Muslim character Zari Adrianna Tomaz when it returns in the fall.

Across platforms, women in the industry were most likely to work as producers and writers, but least likely to work as directors and directors of photography. This number is supported by findings from the Directors Guild of America, which reported 17 percent of all TV episodes from 2015 to 2016 were directed by women.

One argument blames Hollywood's mentorship networks and career pathways, which critics say are heavily skewed to favor white men trying to break into the industry.

But sometimes the bias is more explicit: An executive from Adult Swim reportedly said in 2011 women in the writers room don't produce comedy. Only 1 out of every 34 credits on that network belong to women.

Female creators have in fact been making successful comedies — and that's good for women in Hollywood overall. The Center's report notes programs with at least one woman creator included more female characters, writers and directors.

In contrast, sources told BuzzFeed the predominantly male writers rooms of Adult Swim "will admit they don't know how to write for women." BuzzFeed notes the network spent years pushing out jokes about sexual assault and violence against women.

Some networks are implementing initiatives to hire more women behind the scenes. Earlier this summer, NBC announced its program Female Forward, which will give women the opportunity to shadow directors and direct TV episodes.