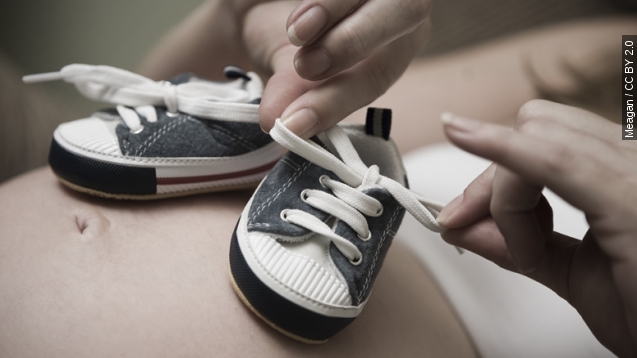 Call it a win for all the shy guys out there. According to a new study, women prefer shy men over extroverts when it comes to choosing a sperm donor.

The study was published in the journal Applied Economic Letters and says women like sperm donors who are "intellectual, methodical, calm and shy."

The Queensland University of Technology researchers looked at data collected from surveys of online sperm donation forums and websites. In an online setting, there is a bit more interaction between donor and recipient than there would be in a clinic setting. (Video via ARC Fertility)

Researcher Stephen Whyte said, "You would expect in an online setting, men would have to sell or promote themselves to women, and extroverted men should be better at doing that. But what we find is actually the opposite."

Online sperm donation has been a growing industry, giving women a chance to view donors' profiles the same way they could view someone on social media or a dating website.

"Take a moment to think about the people in your life you're closest to and why you like them. Is it their height and eye color that pops into your head? Or is it their personality? Sense of humor? Or huge heart that really makes them unique?" a woman from California Cryobank asked.

Now, this doesn't mean it's a free-for-all for all of the not-so-outgoing guys. Researchers say there's a fine line between shy and socially inept. Women were far less likely to pick a sperm donor who was "fretful or socially awkward," researchers say. (Video via Oxford Fertility Clinic)

So if you're a guy thinking about getting into the sperm donor business, don't be shy ... or do.