The Hijab Is A Form Of Expression, Not Oppression 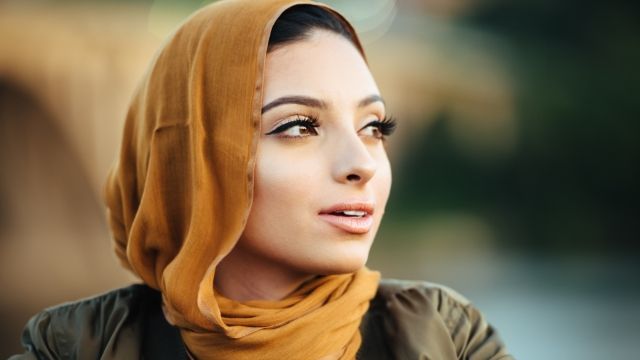 Newsy's Noor Tagouri breaks down the stigma around the head covering.

This might surprise some people, but a lot of Muslim women wear a head covering because we choose to, not because we're forced to. It's called a hijab, and in some places, it's pretty controversial.

France has a partial ban on the hijab, while Germany's chancellor wants to do something similar with the niqab, which is a full-face veil. The arguments against them go something like this.

SEE MORE: This Pageant Contestant Made An Impact With Her Hijab, Not A Crown

"She ought to be in prison for wearing a hijab," Ann Coulter said on Fox News. "This immigration policy of us assimilating immigrants into our culture isn't really working."

"Their worth is explicitly diminished," Sam Harris said on the BBC. "This is an outward sign of that captivity."

But that leaves out some crucial context and history about women who cover — including early followers of Christ, like Mary, the mother of Jesus. You never see her depicted without a hijab. Today, we see people across many religions wearing some kind of head covering, including Catholic nuns and some Jewish women.

So why is it supposedly so scary when Muslim women do it? Partly because of misinformation and over-the-top depictions.

The truth is, people all over the world cover for a lot of reasons: to maintain a sense of modesty, to empower themselves, to honor tradition, or just because they think it's the right thing to do.

And let's be clear: In some places, women are forced to cover their heads or faces. But that might have more to do with politics or culture than with religion. After all, the Quran says, "There is no compulsion in Islam."

For a lot of us, it's just a way to express ourselves. And in societies that value free expression, that's something to consider.