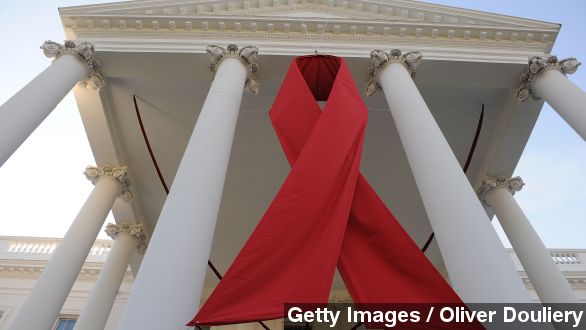 Monday is World AIDS Day, an event to celebrate progress, raise resources and memorialize those who died from AIDS-related complications.

People around the world will gather Monday to recognize World AIDS Day and help raise awareness about the disease.

Since it was first recognized in 1981, AIDS has killed more than 36 million people worldwide. There are currently more than 35 million people living with AIDS or HIV, the virus that causes AIDS. (Video via UNAIDS)

Treatment and prevention has come a long way since the disease was first discovered, and new infections have fallen by 40 percent in the last decade, according to the Centers for Disease Control and Prevention.

But aid organizations say there is still work to be done, especially in sub-Saharan Africa, which accounts for three-fourths of all new infections.

The U.N. estimates there were about 2.1 million new infections worldwide last year — 240,000 were children — and 1.5 million people died from AIDS-related illnesses during that time.

World AIDS Day will be marked by many events memorializing those who have died and supporting those living with the disease.

And The AIDS Healthcare Foundation is holding free HIV/AIDS tests in several states throughout the country. A list of events can be found on the organization's website.

This is the 26th World AIDS Day. The event was first established in 1988.