Climate Threats Are Expected To Increase In 2018 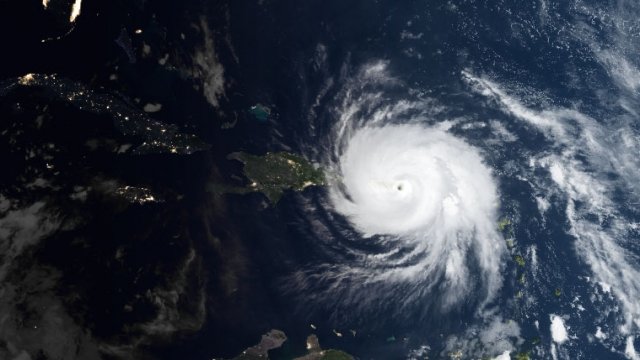 Experts at the World Economic Forum think fallout from the changing climate will be one of 2018's biggest global problems.

Each year, the World Economic Forum compiles a list of the most pressing threats to humanity. And this year, as with previous years, it predicts some of the biggest challenges will be climate-related.

Experts agree that failure to slow climate change, stronger natural disasters and more extreme weather events will pose some of the greatest risks to global society in 2018. Last year is a good example of what could be in store; record heat and unprecedented financial tolls from natural disasters were hallmarks in 2017.

The report ranked climate threats higher than others, like terrorism or infectious disease, partly because climate issues can lead to even more problems. Soaring temperatures can deplete food stocks or force populations to migrate. Severe storms can ruin infrastructure — as Hurricane Maria did across Puerto Rico.

Why Is Climate Change No Longer Considered A National Security Threat?

The forum repeated its encouragement from last year and from other international groups like the Intergovernmental Panel on Climate Change: The best counter to climate threats that affect everyone is cooperation.

World and business leaders will discuss their path forward at the forum's annual meeting in Davos, Switzerland, starting Jan. 23. Even President Donald Trump is expected to attend — the first U.S. president to do so in 18 years.