World Emoji Day And The Evolution Of The Online Language 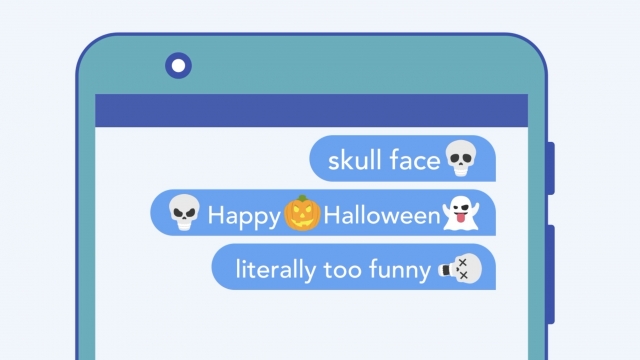 World Emoji Day is July 17, so we're exploring how the language of emoji evolves.

Not a day goes by where I don’t use a little “party popper” emoji to add color to a conversation or a “joy” face to laugh at a joke. Emoji have become major tools of communication over the past decade — alongside gifs and memes — and so for this year’s World Emoji Day on July 17, we thought it’d be fun to explore how the language of emoji has evolved over the past couple years.

Keith Broni, Deputy Emoji Officer at Emojipedia: "What's happening here is we're having emojis be picked up and utilized to compliment slang terms that have been popularized over the last number of months or even years."

Keith Broni is the deputy emoji officer of Emojipedia, an online dictionary that explains not only the literal meaning of the symbols, but also their changing designs across different platforms, and their evolving definitions as a result of memes, jargon and internet slang.

Broni: "We've seen the skull face explode in popularity, not just as it usually does around Halloween, to imply a spooky skeleton. But now it's emulating in emoji form the terms 'Oh, I'm dying, I'm dying of laughter' or 'I'm dead. What you've said to me is so incredibly funny.' So, emoji are like any other linguistic tool. They get adopted to reflect the world around us."

The skull is one of several emoji used beyond their literal definition. It’s typically people and online communities who craft these new meanings for emoji based on how they communicate in their own worlds. But sometimes, those meanings and designs can be changed directly by tech companies themselves.

Take for example Apple’s “pistol” emoji — originally meant to look like a handgun, and now, a water gun. The change was made in 2016, after Apple and other tech companies opposed the addition of the pistol emoji entirely. The decision was applauded by groups like New Yorkers Against Gun Violence, but users were quick to criticize and make fun of the water gun design.

Broni: "It was quite a controversial choice by Apple at the time. But what we saw over years was that the design was changed across pretty much every emoji vendor to no longer display a realistic firearm."

Major events — like the national conversations surrounding gun violence — can and do influence emoji design. And the pandemic was no different.

Broni: "In response to people using this emoji to discuss vaccination, vendors such as Apple and Google and Twitter have actually removed the blood from the design, the red liquid in there and the drops."

These changes may sound silly, because emoji typically are silly. But they’re also a big part of how we communicate now.

Earlier this spring, Adobe surveyed 7,000 emoji users around the world. And a majority agreed that emoji are important for “creating unity, respect and understanding of one another.” Think about that whenever you “raise hands” to celebrate good news or give a “thumbs up” to say okay.

So, what is the most used emoji right now? The sobbing face.

Broni: "No longer being associated, it seems, at all with genuine sadness. … But we've seen that rise as an alternative to laughter compared to the crying-laughing face, just like the skull emoji has as well."