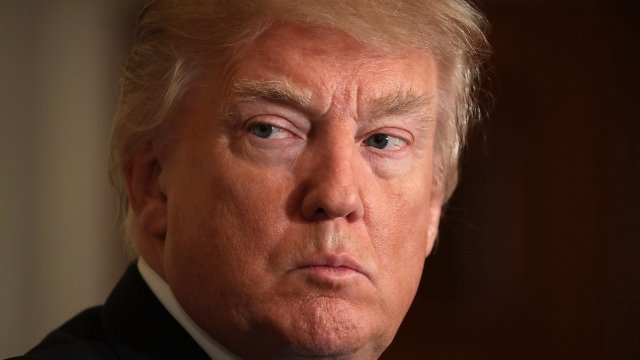 U.S. President Donald Trump warned in a brief statement Tuesday that "all options are on the table" when it comes to Pyongyang.

U.S. President Donald Trump warned in a brief statement Tuesday that "all options are on the table."

Japanese Prime Minister Shinzo Abe denounced the launch as "an outrageous act that poses an unprecedented, grave and serious threat."

"Australia condemns this latest, reckless, dangerous and provocative act by the North Korean regime which continues to threaten the peace and stability of the region," Turnbull said.

South Korea responded to its neighbor's most recent actions by staging a live-fire drill. A spokesperson for the country's leader Moon Jae-in said the drill was meant "to showcase a strong punishment capability against the North."

But the world might be running out of ways to stop North Korea.

As CNN points out, new sanctions meant to stall the regime's weapons programs seem to have had the opposite effect. And attempts to peacefully resolve the crisis haven't worked, either.

This was the second North Korea test launch since the U.S. and the United Nations each finalized the latest round of sanctions in early August.