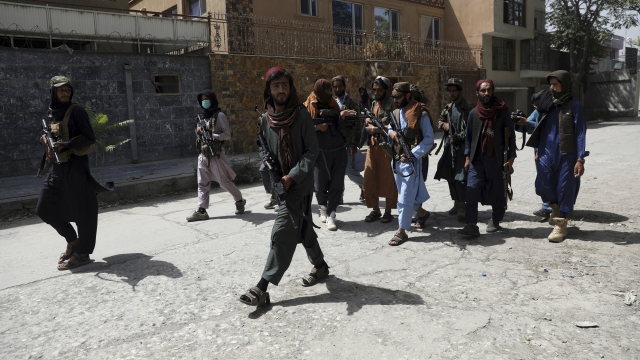 They fear that the rapid fall of Afghanistan will lead to a wave of refugees and terrorism.

Worry and frustration is reverberating throughout the world as the Taliban officially declare themselves the new leaders of the nation.

Several world leaders criticized Washington for risking the return of terrorism in the region and triggering a mass evacuation of refugees.

The U.S. is stepping up evacuations out of Kabul. Officials say they've moved over 3,000 people so far.

The Taliban have put up checkpoints near the airport, but agreed to allow "safe passage" for civilians to the airport.

The Pentagon says they've had no issues. But there are reports of beatings and intimidations. One woman who escaped their grip warns they can't be trusted.

"Twice they tried to kill me in Afghanistan, in Pakistan. And because of that, I left my country, my family, my status, my work, everything I had in my life," said Marzia Babakarkhail,

The Taliban is already showing signs of walking back its promises.