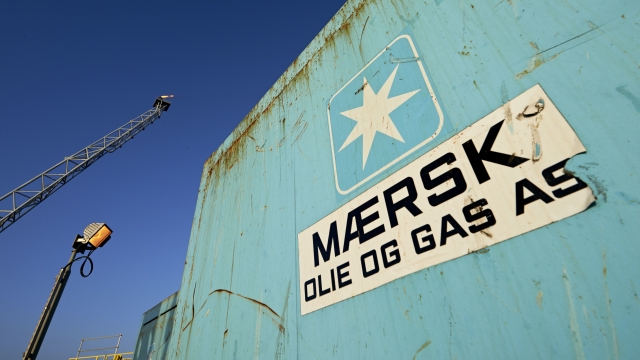 The company announced it's buying two Boeing freight planes and leasing an additional three cargo planes to add to its current fleet of 15 planes.

The world's biggest shipping company, Denmark's A.P. Moeller-Maersk, is adding aircraft to its operations: three leased cargo planes to be operational from 2022 and two Boeing aircraft to be deployed by 2024.

Transportation Secretary Pete Buttigieg says the delays at the ports of Long Beach and Los Angeles are not just about ships.

The urgent need for more shipping capacity comes amid soaring consumer demand for everything from cars to furniture and labor shortages in the rebounding economy, leading to major backups at ports and higher prices. The supply chain issues have caused a shortage of key equipment: shipping containers.

In a statement, Maersk said its key ocean business is now "expected to grow below the global container demand" amid uncertainty around the supply chain logjams.

Meanwhile, Maersk reported Tuesday a sharp rise in earning amid strong worldwide demand for shipments of goods as the economy bounces back from the pandemic.