The 'Ziggy Stardust' Snake Is One Of Many Newly Discovered Species 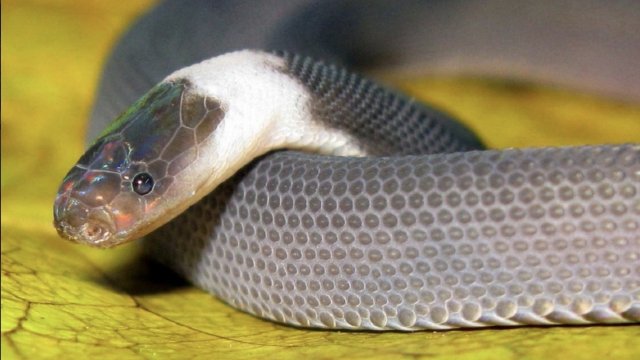 How does an entire report on newly discovered species become a reference to the late, great David Bowie?

A rainbow-headed snake bearing a striking resemblance to Ziggy Stardust might have something to do with it.

The World Wildlife Fund released a new report detailing 163 new plant and animal species discovered in the Greater Mekong region in Southeast Asia, one of the best areas in the world for biodiversity.

Specifically, the species were found in Thailand, Vietnam, Laos, Myanmar and Cambodia.

SEE MORE: Earth's Animals Are Dealing With More Roads Than Ever

Besides the "Ziggy Stardust" snake, scientists discovered the Phuket horned tree agamid –– a lizard with fearsome horns –– and the purple mouse-eared flower, whose petals resemble ... you guessed it.

The research even has something for "Star Trek" fans: a newt in Thailand with red and black markings similar to a Klingon.

As fun as these species are, the report also hits a serious note. Many of the newly discovered species are threatened or endangered.

Deforestation, poaching and pesticide use are all issues the region must tackle quickly if it wants to remain a biodiversity hot spot.