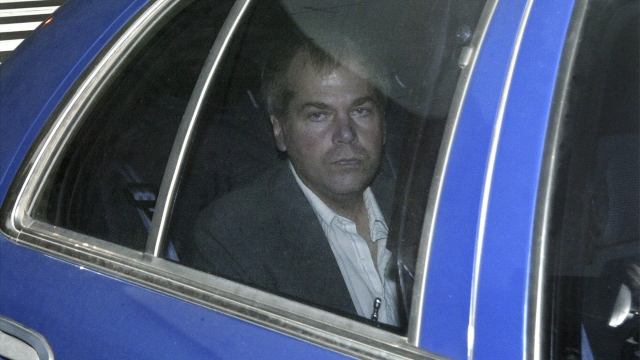 John Hinckley Jr. — the man who shot and wounded President Ronald Reagan in 1981 — has been freed from court oversight.

On March 30, 1981, Hinckley opened fire on President Ronald Reagan outside a Washington, D.C., hotel. Former ABC White House correspondent Sam Donaldson was there to witness it all.

"As the shots rang out, his lead service agent Jerry Parr and another agent pushed Ronald Reagan into the limousine," Donaldson said. "We know now it was at that point that the sixth shot from Hinckley's gun ricocheted over the door of the limousine and into the president's chest."

After emergency surgery, President Reagan was released from the hospital a couple weeks later. Three others were wounded in the attack.

Hinckley said he was trying to impress Hollywood star Jodie Foster. A jury found him not guilty by reason of insanity and Hinckley was confined to a psychiatric hospital for two decades. But in 2016 he was released to live with his mother, still being monitored and required to see mental health counselors.

Two weeks ago, a federal judge ruled Hinckley was no longer a danger to anyone and lifted the last court-ordered restrictions as of June 15.

In a video posted to his YouTube page he said, "Hello everybody. Hope you're doing great. I'd like to say that I'm starting a record label."

The Ronald Reagan Foundation says it's "saddened and concerned," saying, "we strongly oppose his release into society where he apparently seeks to make a profit from his infamy."

A Brooklyn, New York, music venue announced Wednesday it's canceled Hinckley's July appearance, saying on Instagram that the tour "sends a message that mental health issues and a criminal past can be recovered from and atoned for." The venue also says it received hateful threats, convincing them the show wasn't worth the risk.

It's all raising questions about whether the country is ready for a redemption tour from a would-be assassin — even one who judges and medical professionals have deemed as healthy and has paid his debt.

Newsy reached out to Hinckley for comment but has not heard back.