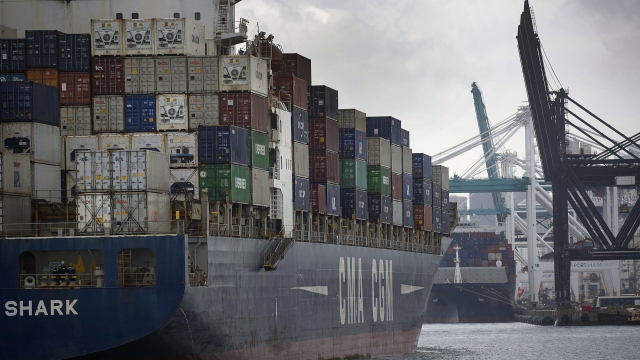 The World Trade Organization downgraded forecasts for trade, with lowest growth in merchandise orders since the end of the global financial crisis.

The World Trade Organization is warning of a global economic slowdown, with exports disrupted by the U.S.-China trade war, Brexit and plunging factory orders.

In April, the WTO estimated that trade in merchandise would rise by 2.6 percent in 2019. Now the organization has dramatically downgraded that forecast to 1.2 percent.

The trade flow, even at a slight increase, would mark the weakest pace of growth since the end of the 2008 global financial crisis.

Amid the trade war, U.S. imports from China were down by 12 percent over the first seven months of 2019; Chinese imports from the U.S. fell by 28 percent. Meanwhile, economic activity in Europe is sputtering and factory orders shrinking over fears of Brexit and a U.K. withdrawal from the European Union without a negotiated deal.

He said: “The darkening outlook for trade is discouraging but not unexpected. Beyond their direct effects, trade conflicts heighten uncertainty, which is leading some businesses to delay the productivity-enhancing investments that are essential to raising living standards."

This data from IHS Markit, a global business intelligence firm, quantifies the global uncertainty. It shows new export orders from purchasing managers falling from 54 percent in January 2018 to 47.5 percent in 2019. Anything below 50 percent is seen as a sign of economic contraction.

The research finds economic declines in Japan, South Korea, Indonesia and Malaysia. That's on top of data showing that factory activity in the U.K. has fallen for five straight months. Factories in Germany, Russia and the Czech Republic were operating at their lowest output levels since 2009.

Chris Williamson, a chief business economist at IHS Markit, says "there's likely worse to come." He said: "Businesses remain downbeat about the year ahead, with optimism around a seven-year low amid trade war worries, signs of slowing global economic growth and geopolitical concerns."

For now, the WTO says it expects improvement in world trade next year, with 2.7 percent predicted growth. But that's down from an original forecast of 3.0 percent. And the group says its projections "are heavily weighted to the downside."