Xbox One Update Aims To Improve Speed And Other Issues 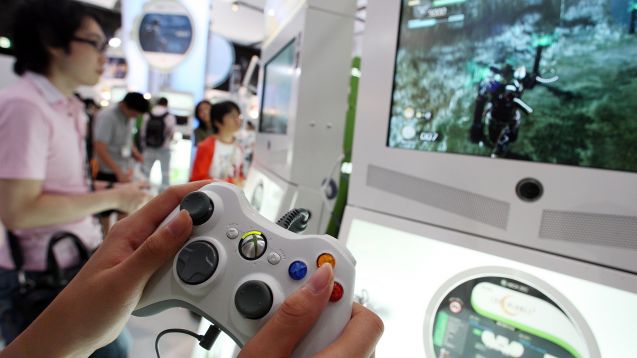 Microsoft says the update makes some gaming scenarios up to 50 percent faster. It also brings back a few features from Xbox 360.

Microsoft's Xbox One is getting a makeover Thursday. A worldwide update is aimed at fixing some problems that were giving gamers headaches.

The biggest issue the new update aims to correct is speed. (Video via Xbox)

"It makes several of your game scenarios up to 50 percent faster. We spent a lot of time optimizing it very specifically for speed," said Microsoft engineer Richard Irving.

Microsoft has brought back some features offered in Xbox 360, the previous model, that were more user-friendly, quicker and less likely to crash.

For example, instead of opening a separate app to view the friends list, a simple click of the guide button brings it right up.

The company also streamlined some basic functions as well, such as turning off the Kinect microphone and rebooting the console. Plus, Microsoft 10's Cortana digital assistant will be included, although we still have to wait until next year for this one. (Video via Xbox)

The update still has some problems Microsoft has owned up to, especially with multi-player gaming and TV integration.

But don't worry, gamers, Microsoft has promised to address this in future updates that will roll out in the upcoming months.

There is another bonus to the update. You will now be able to use Xbox 360 games on Xbox One. Backward compatibility for older games will be activated starting 12 hours after the first global rollout. (Video via Xbox)

For now, gamers can choose from a list of just over 100 old favorites like "Assassin's Creed II" and "Halo: Reach," but Microsoft plans to add more to that list soon. (Video via Xbox)

The reviews for the update so far seem good. The Verge says "it feels like Microsoft is now recovering from its giant Xbox One launch mess, and the company has the right focus for its games console."