Former Employee Says Sputnik Is Under FBI And DOJ Investigation 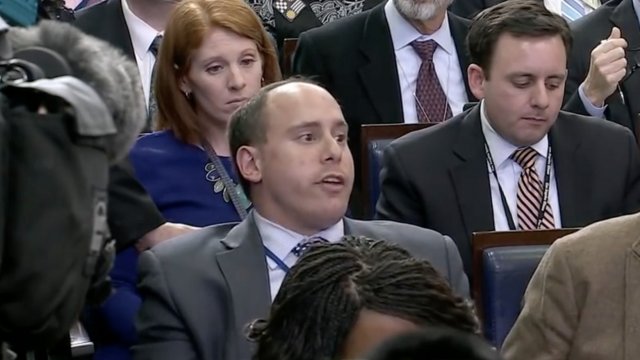 The media outlet was listed as a part of Russia's "multifaceted" influence campaign in the 2016 U.S. presidential election.

A Russian media company says it found out today it was under investigation as a potential state propaganda organization.

The news broke after Yahoo News reported a former Sputnik News employee had been interviewed by the FBI and Department of Justice. He reportedly turned over a thumb drive containing "thousands of internal Sputnik emails and documents."

Andrew Feinberg, a former White House correspondent for the company, said the interview lasted more than two hours and focused on his former company's "internal structure, editorial processes and funding."

Feinberg says he was fired from Sputnik in May after refusing to ask then-White House press secretary Sean Spicer about a Fox News story that erroneously connected a slain Democratic National Committee staffer to the leaked DNC emails that played a major role in the 2016 presidential election.

President Trump's son testified before Congress about a meeting he had with a Russian lawyer.

Before that interview, the FBI got a tip Sputnik News may be in violation of the Foreign Agents Registration Act, or FARA. That law requires foreign entities intending to influence public opinion or lobby in the U.S. to file funding and operational reports.

The U.S. intelligence community has determined that media outlets like Sputnik and RT were used in a "multifaceted" influence campaign during the 2016 election.

In response to the report, Sputnik's editor-in-chief at its Washington, D.C., bureau referenced an "atmosphere of hysteria" surrounding anything Russian. A Sputnik spokeswoman said Feinberg's contract was allowed to expire due to "performance-related issues."

A bill currently in Congress would amend FARA to grant the attorney general additional powers to "identify and prosecute foreign agents" trying to get around registration.