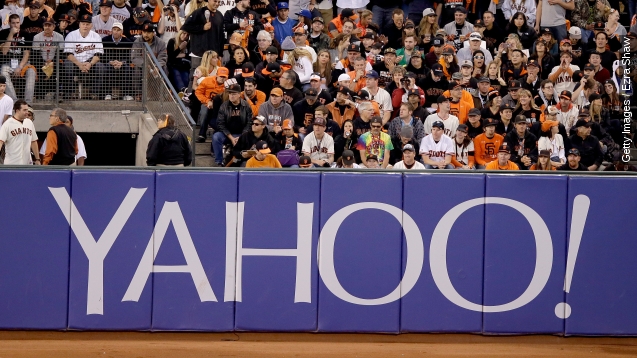 Yahoo is the latest fantasy sports operation to be scrutinized, following investigations into DraftKings and FanDuel.

While DraftKings and FanDuel have taken the brunt of the daily fantasy sports heat, a third competitor has remained relatively unnoticed ... until now. (Video via DraftKings)

"I'm a winner. It's what I do and now that Yahoo! has daily fantasy games, I can win contests, win respect and win money every single day," Damon Wayans Jr. says in a commercial for Yahoo.

When it comes to daily fantasy sports, Yahoo is a distant third to DraftKings and FanDuel, who control about 95 percent of the market. But a subpoena from Schneiderman could mean the attorney general is looking farther down the rabbit hole.

Yahoo's daily fantasy sports arm has continued operating in New York despite the state's injunction on DraftKings and Fan Duel last week. A post from Yahoo says daily fantasy paid contests are legal and offered everywhere in the U.S. except for Arizona, Florida, Iowa, Louisiana, Montana, Washington and Nevada.

Las Vegas is the mecca of sports betting. Nevada was the first to declare daily fantasy sports as gambling back in October, but they were not the last. (Video via PBS)

In a Nov. 10 cease-and-desist order to DraftKings, New York's AG wrote, "Daily Fantasy Sports are creating the same public health and economic concerns as other forms of gambling, including addiction."

A spokesperson for Yahoo said the company "does not comment on legal matters."