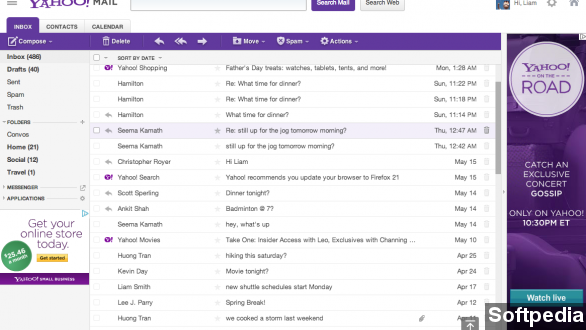 Yahoo has been slow to address downtime issues that have affected some users for the last two weeks. Users and industry watchers are losing patience.

Yahoo! Mail is having trouble — outages have plagued the service for two weeks, and Yahoo! is only now getting around to acknowledging the problem.

For some users, this inability to send or receive messages has stretched back to November 25. Yahoo! finally acknowledged the downtime this week.

In a blog post Wednesday, the company cited hardware issues in a data center that were "harder to fix than we originally expected." It said service would be restored by Wednesday afternoon. (Via Yahoo!)

With still no results by Thursday morning, and given how long some problems have been going on, industry watchers are starting to lose patience.

ZDNet says Yahoo! appears reluctant to own up to the full scope of the problem.

"At every instance, Yahoo is determined to describe the outage in minimizing terms, and appears intent to mark the issue as 'COMPLETED' on its own blog post promising to restore mail service to its users - again, a promise in which it has not been successful in keeping."

As BGR explains, Yahoo! has kept the specifics to itself.

"Despite labeling the message as ‘important,’ Yahoo did not actually explain what caused the issue, trying only to reassure customers that dozens of engineers are working on the problems."

In short, there isn't enough information getting out — and Kara Swisher writes on AllThingsD it's now been that way for longer than is acceptable.

And, of course, it's not just the tech press. The downtime has triggered harsh feedback on Twitter from regular users. (Via The Los Angeles Times)

And petitions like these on Yahoo!'s feedback pages are garnering thousands of votes.

Yahoo!'s latest update — as of Wednesday night — says it expects to have all the backlogged messages delivered by Thursday afternoon.