Yes To The Bless: Year One As A Millennial Nun 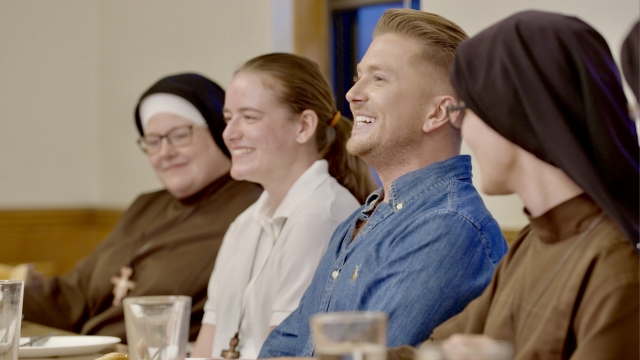 Emily Persicketti is in her twenties, had a career as a pediatric nurse and decided to leave it all to enter religious life.

Emily Persicketti started adulthood like many before her. She graduated high school, went on to college at Villanova University and pursued a career in nursing.

A few years into it, her calling shifted.

Having a new take on the "Sunday scaries," Persicketti said she wanted every day to feel like the Lord's day. Inner peace and her 9-to-5 did not always go hand-in-hand. So, she traded the hospital for the house of God and her nursing scrubs for a religious habit.

Persicketti's move to religious life is in line with a generational study done by The Center for Applied Research in the Apostolate.  The study asked 1500 self-identifying Catholic women if they've ever considered religious life. The results stated that 88% said nope to the Pope, but 12% said, "yes" to the bless.

The survey estimates that it's equivalent to 3.5 million Catholic women who have considered becoming a nun. That's 5% higher than the previous generation.

Persicketti now answers to Sister Emily, completed her first year of seven in the discernment process and is tackling food scarcity in Chicago's poorer neighborhoods. This is done through her work at the food pantry at Mission of Our Lady of the Angels, a Franciscans of the Eucharist church in the city's West Humboldt Park neighborhood, where men and women live and serve together.

Newsy's Cody LaGrow followed Sr. Emily's first year becoming a nun. And while she's on track to take a vow of poverty, chastity and obedience, her focus is not on her sacrifice. Rather, it's the peace she's gained when the rest of the world is on edge amid social unrest and a global pandemic.