Yes, You Can Get Paid To Take Surveys, But Beware Of Scams 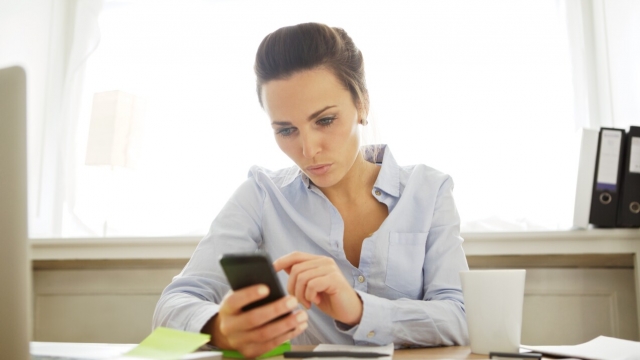 Scammers are finding new ways to get personal information from potential victims, including through "surveys."

There are numerous legitimate ways of getting paid to take surveys, but with an opportunity to easily make money comes the risk of getting scammed.

The Minnesota Attorney General's Office released information on how citizens are being defrauded. The agency said information that is not readily available to the public could be valuable to criminals.

Melanie McGovern, International Association of Better Business Bureaus public relations director, said scammers are using new ways of finding potential victims. Instead of using traditional emails that might go to a junk folder, they use text messaging to make contact.

Survey scams are among the ways hoaxers are using text messaging to find potential victims. In August, the Federal Trade Commission reported a spike in fake texts from well-known names like USPS, Costco or The Home Depot. These texts promise a reward in exchange for answering a few questions. The FTC said the intention of these texts is to get people to divulge their personal information.

Knowing a few key things about how scammers operate will help you protect yourself.

These questions could range from social security or driver's license numbers to questions about a person's high school or children's names, which could be used for two-factor authentication.

McGovern said there are legitimate ways to make money off surveys, but the public should consider survey offers before accepting.

"With anything online, a lot of things look and feel similar to what a legitimate one would look like," she said. "You have to pay attention to see if there is bad grammar, if photos are fuzzy, they are misplaced, just those standard things that you would see on a fake website you just really want to be mindful of. Sadly, some of them are getting really good, so you want to be careful with that."

McGovern said she received a text message that got her attention. The message offered a $100 Lowe's gift card for taking a survey.

"Seems fake, but some people might not think about that," she said.

If you're looking for surveys that pay, some websites, such as Survey Junkie, are accredited by the Better Business Bureau, which offers tips for those taking surveys for money. One of those tips is to remember most surveys will only pay a few dollars an hour, so don't expect to get rich from them.

Is WhatsApp Safe? Here's What You Need To Know

It can be a safe communication tool when you use it wisely and take precautions to protect your privacy and security. Here's how.

Some Bank of America customers woke up to lost money, accounts in the negative and overdraft fees, due to issues with Zelle transfers.