Yoko Ono Is Finally Recognized As An 'Imagine' Co-writer 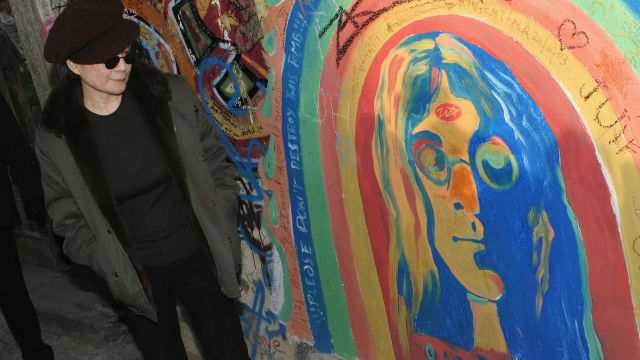 Forty-six years after the release of John Lennon's famous song "Imagine," his widow received credit for co-writing it.

It took the music industry 46 years to recognize Yoko Ono as the co-writer of John Lennon's famous 1971 song "Imagine."

But the surprise came from John Lennon himself — during a BBC interview recorded in 1980.

"That should be credited as a Lennon-Ono song because a lot of it — the lyric and the concept — came from Yoko," Lennon said. "It was right out of 'Grapefruit,' her book. There's a whole pile of pieces about 'Imagine this' and 'Imagine that.'"

Ono and Lennon's son Sean Lennon posted on Facebook that it was a very emotional moment for his mother.

Even though Ono will get royalties from "Imagine," that doesn't really change much because she was already a beneficiary of Lennon's estate.