You Won't Like Who Won The New Wu-Tang Clan Album 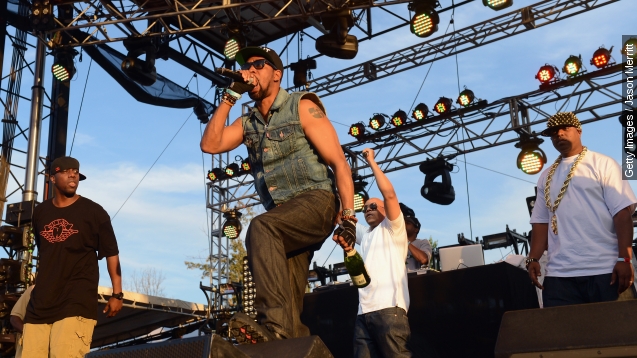 Martin Shkreli, the Turing Pharmaceuticals CEO who hiked the price of a life-saving drug, won that new Wu-Tang Clan album when he bid $2 million.

All that speculation about who won the online auction for the only copy of the new Wu-Tang Clan album was wrong. Unless you knew hated Turing Pharmaceuticals CEO Martin Shkreli won the $2 million prize.

You probably recognize his name because he spiked the prices virtually overnight on a life-saving drug frequently taken by HIV and cancer patients. (Video via Forbes)

That was a few months ago, but he hasn't stayed out of the headlines since. People were outraged again when he said his company would reduce the price of that drug, Daraprim, and nothing happened.

So don't get your hopes up if you want to listen to Wu-Tang Clan's "Once Upon a Time in Shaolin." And technically it would be against copyright for Shkreli to release it commercially.

Fans of the hip-hop group tried to raise money and let you have it for free, but the Kickstarter campaign failed. There's no chance the group members will change their minds. Apparently it was the only physical or digital copy in existence.