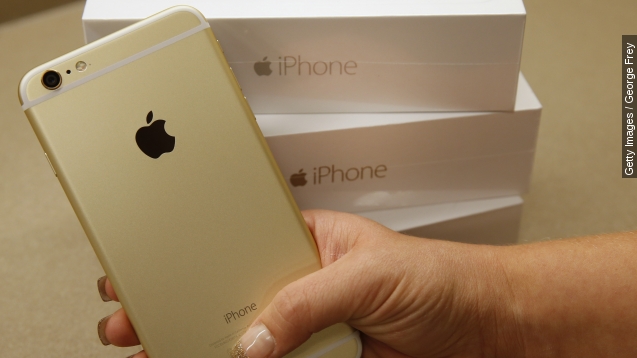 Apple says it's willing to fix the rear cameras in some of its iPhone 6 Plus devices.

For months, iPhone 6 Plus users have complained about how blurry all their photos and videos taken with the device have turned out.

Now, Apple's decided this isn't a user problem. Instead, there's something wrong with the camera located in the back of these phones. (Video via Apple)

So it's issuing a recall. Well, sort of.

Apple set up a page on its website where iPhone 6 Plus users who are experiencing this blurry camera issue can type in their phone's serial number and see if they're eligible for a new camera. Only phones purchased between September 2014 and January 2015 are being considered for a replacement.

Apple is only willing to replace the rearview camera in these phones. It even says on its website that if a phone is damaged in any way that "impairs the camera replacement," the owner will have to get that done beforehand and pay for the cost themselves. (Video via Apple)

Now some, like a writer for Mashable, are pointing out the start of this replacement program is suspiciously close to when Apple is launching its next iPhone.

While there's been no official confirmation from Apple, there's plenty of leaks and rumors saying the company will be releasing its newest generation of iPhone at a special event Sept 9.

A phone that's rumored to include a 12-megapixel camera, while the current iPhone 6 Plus' camera is only 8 megapixels. (Video via Apple)

And since 10 million people ran out and bought either an iPhone 6 or 6 Plus in the three days after the two phones were released back in September 2014, it wouldn't be too surprising if some users with blurry cameras just waited for the next generation of iPhone.

Users wanting the fast fix for their blurry camera, though, will soon realize the process isn't that fast.

After inputting their serial number on Apple's website and finding out if their phone is eligible, users then need to take their phones either into a service provider, Apple store or call tech support to verify that eligibility.