Your Phone's Passcode Is Protected By The Fifth Amendment 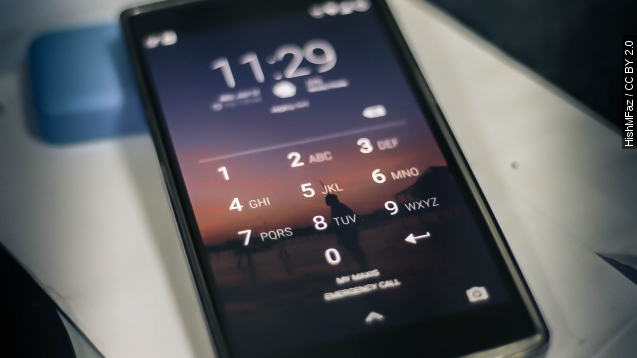 Having a passcode could keep you from being required to share your information in a court case. Your fingerprint is another story.

Having a passcode on your phone might be your best defense in a case where a device's data could be used against you.

In January, the Securities and Exchange Commission accused two analysts for Capital One Financial Corp. of insider trading. The SEC claimed the two turned a $150,000 investment into $2.8 million with the information they gleaned.

Even though the two men had company-owned smartphones while the insider trading was allegedly happening, Capital One did not know the passcode for either device.

So, after firing the two men and collecting their phones, Capital One turned the handsets over to the SEC. But the devices were still locked, so the commission tried to compel the men to give up their passcodes.

What did they do? They pleaded the Fifth. That's the amendment that says people can't be forced to incriminate themselves.

That defense ended up working in favor of the two former Capital One analysts. The judge decided the codes were personal information — not corporate records, since the company never knew the codes to begin with — and could be considered self-incriminating if given up.

The SEC tried to argue that the codes didn't qualify for this protection because the government already knew the information existed and knew where it was located — an argument that's worked in similar cases — but the judge didn't agree. (Video via YouTube / EverythingApplePro)

The judge basically said the SEC didn't have proof of any incriminating documents on the passcode-protected phones, or that any such information existed at all.

So a passcode could save you in a trial, if you plan on pleading the Fifth, but fingerprints still can't. Other judges have ruled that biometric data doesn't reveal anything a defendant knows and therefore doesn't qualify as self-incriminating information. (Video via Apple)