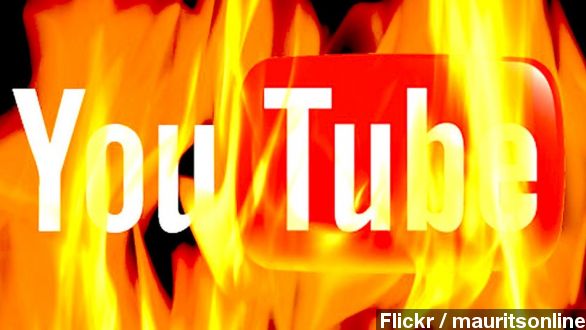 Google is facing user backlash after it made some sweeping changes to the YouTube comments section.

YouTube comments. They've become an infamous bastion of ... opinionated discussion on the Internet. Now Google is looking to clean up YouTube with a new, social-network-based approach to the comments section.

The move was lauded at the time because, as Mashable notes, YouTube comments have become synonymous with the worst parts of Internet culture.

"YouTube comments were filled with more than their share of bigotry, bullying, spam, shaming and trolling, to name just a few forms of mindless discourse. It wasn't something that could be solved with a few tweaks here or there. The entire culture of anonymous commenting on videos needed to go."

Google began rolling out its shiny new comments section Wednesday. So, how did YouTubers react to the change?

"This attempt to force Google+ on us is a disgrace." (Via YouTube / Hitler Rant Parodies)

Yikes! That's probably not the reaction Google was looking for. So what went wrong?

Well, as you may have already figured out, YouTube users aren't happy with the site's forcible integration of Google+. A Forbes writer calls it "kind of a cheap way to get even more people to sign up for Google Plus when they wouldn't have voluntarily done so otherwise.​"

And Jezebel points out while the loss of anonymity might curb some of the nastier YouTube comments, it does feel like the site is cutting out a key part of itself in the process.

"YouTube comments were sort of the last bastion of the Internet being something like the wild west—lawless and free. The anonymity may have lent itself to commentary that was rough and brutal, but that doesn't mean it was without merit. ... YouTube just got a little less punk rock."

At time of writing, Google's video explaining the new system had over 16 times as many dislikes as likes. And that's about as far as you should scroll down on that particular video. YouTube's comment trolls haven't died out just yet.

Meanwhile, a Change.org petition asking Google to reverse its changes has been steadily climbing toward the 75,000-signature benchmark.

The new system even prompted a response from YouTube's co-founder Jawed Karim. His YouTube channel has two items on it — YouTube's first video uploaded eight years ago, and a comment posted Friday complaining about Google+ integration. (Via The Guardian)

Despite all the backlash, Google+ is probably now a permanent part of YouTube. A writer for TechCrunch says the service is too valuable of an information mine for the company to abandon.

"The more it knows about you, the better it is at giving you a good experience and making money. Long-term, social is not an option for the search giant. It's a necessity."

According to CNN, Google is the fourth most petitioned company on Change.org, behind Facebook, Walmart and Apple.