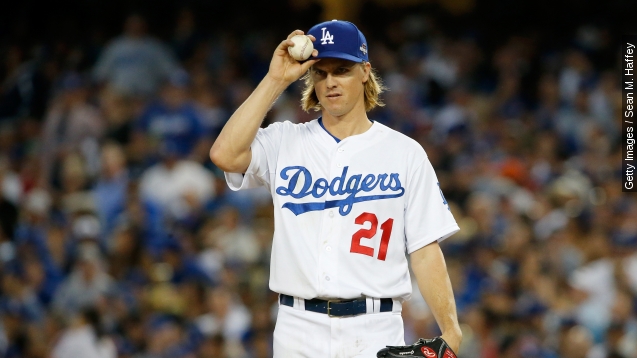 Former Dodgers pitcher Zack Greinke has signed a six-year, $206 million deal with the Arizona Diamondbacks, pulling in a record-breaking salary.

After opting out of his contract with the Dodgers, hotshot starting pitcher Zack Greinke has found a new home — in Arizona, of all places.

According to several reports, Greinke has accepted a six year, $206 million deal with the Arizona Diamondbacks. The pitcher's annual salary now works out to around $34.3 million a year — an MLB record.

It's a significant promotion from the $147 million six-year contract with the Dodgers that he left behind in November, after a dominant 19-3 season which saw him narrowly miss out on another Cy Young award.

Greinke's move to the Diamondbacks is a bit of a shock, since the bidding war for his contract was assumed to be between the Dodgers and the Giants.

His departure from the West Coast could give the Diamondbacks a leg up on their NL West competition. Let's just hope Greinke saw the team's new uniforms before signing the papers.