Zeta Moves on, but Damage Remains 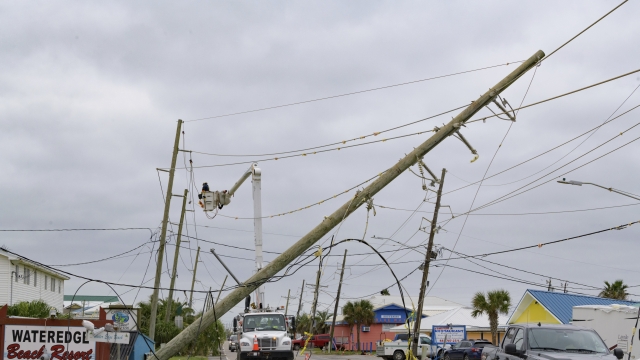 At least six people were killed.

Across the South, people are cleaning up after Zeta swept through the region, damaging homes and knocking down trees.

At least six people were killed.

Utility crews are still working to restore electricity in some places.

At the peak, more than 2.6 million people were without power from Louisiana to Virginia.

"I have no lights. I have no idea how long I'll be without power. I'm hopeful that my generator gets fixed. That's why I'm coming to put gas in the tanks," said Louisiana resident Jeanne Guillory.

"The wait is kind of ridiculous, but it is what it is, you know? Everybody's doing well. Everybody's being patient, waiting in line," she added.

The remnants of Zeta have passed into the Atlantic, but officials warn some risks remain, like downed power lines and toxic generator fumes.

Zeta made landfall as a Category 2 hurricane in Louisiana earlier this week.

It was the 27th named storm of the Atlantic season and set a record as the 11th named storm to hit the continental U.S. in a season.