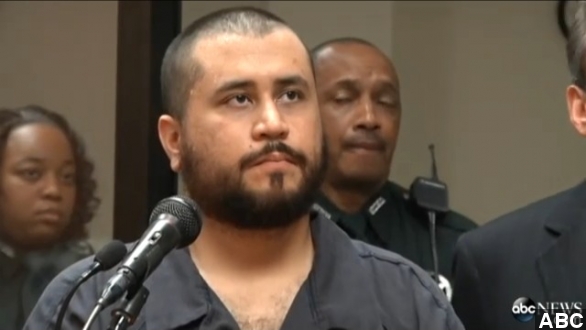 Prosecutors announced they wouldn't file charges against Zimmerman for a Nov. 18 incident in which his girlfriend said he pulled a gun on her.

George Zimmerman walked free Wednesday for the second time this year after the woman who accused him of threatening her with a gun decided to drop the charges.

Florida prosecutors chose not to file aggravated assault charges against Zimmerman mainly due to a lack of cooperation from his girlfriend, Samantha Scheibe. Zimmerman was arrested on Nov. 18 after Scheibe claimed he pointed a gun at her face during an argument. (Via HLN)

According to court documents, Scheibe said in an affidavit signed last week that she wanted to be with Zimmerman and that investigators misinterpreted her previous statements regarding the November incident. (Via CBS)

Scheibe initially called 911, frantically telling a dispatcher Zimmerman pointed a shotgun at her: "He's in my house, breaking my s*** because I asked him to leave. He has his freaking gun, breaking all my stuff right now." (Via NBC)

That 911 call is a far cry from what she wrote in the affidavit, saying, "George never pointed a gun at or toward my face in a threatening manner." (Via USA Today)

The charges dropped Wednesday mark the latest close encounter with potential jail time for George Zimmerman, whose missteps have been televised almost bi-monthy since his July acquittal in the killing of Trayvon Martin.

Zimmerman was pulled over for speeding that same month and again in September. During the July incident, he told the officer he had a gun in his car. (Via Time)

On Sept. 9, Zimmerman's estranged wife Shellie told police that the former neighborhood watchman threatened her and her father with a gun and punched her father in the face. Shellie later decided not to press charges adding that she only thought Zimmerman was carrying a gun. (Via WFOR)

After the charges were dropped Wednesday, Zimmerman's attorney spoke about her client's unfortunate year, telling the Orlando Sentinel, "For George, I think he has to try and put this whole sequence of nightmares behind him and go forward. He's young, he's smart and he's got his whole life ahead of him."