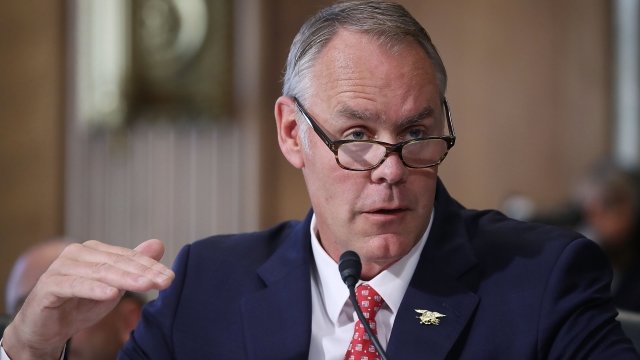 Politico uncovered two more instances of the Cabinet official attending fundraisers when the U.S. government paid for his travel. In March, Zinke reportedly went to a fundraiser affiliated with Rep. Steve Daines at a ski resort in Montana, and in May, he's said to have attended a fundraiser for Rep. Don Young at a steakhouse in Alaska.

The outlet says Zinke also attended several other events with donors while on official trips.

Zinke is already under scrutiny for using taxpayer dollars for travel on private and military planes. One trip over the summer to Zinke's home state of Montana cost taxpayers over $12,000.

Zinke spoke to the Western Governors’ Association during that trip. Still, some say this mix of work and play blurs ethical lines.

Expensive travel choices forced the now-former Health and Human Services Secretary Tom Price to resign. He faced criticism for spending over $1 million in taxpayer money on private and military flights for himself and sometimes his wife.

Zinke's office says ethics officials sign off on all of his trips and that each one followed the rules.