ZTE Could Be Back In Business Soon, But It'll Have To Pay A Price 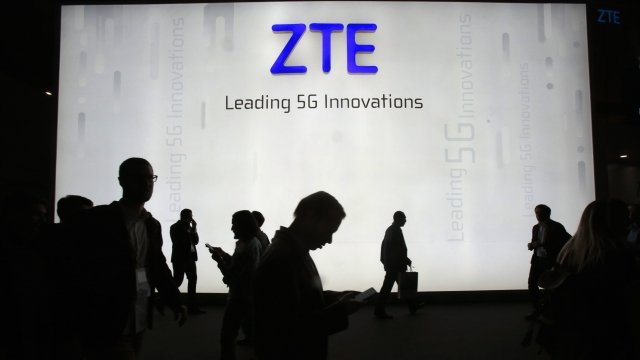 Reuters reports the Chinese tech company would have to pay a $1 billion fine, as well as $400 million in escrow in case of future violations.

ZTE might be back in business pretty soon. That's according to what sources familiar with the matter told Reuters.

The outlet reports ZTE has "signed an agreement in principle" that would lift the ban that keeps the Chinese tech company from buying from American suppliers. Bloomberg reportedly confirmed some details of the deal with its own sources.

In return, Reuters reports ZTE would have to pay a hefty $1 billion fine and $400 million in escrow in case of future violations. The company also reportedly agreed to replace some of its current management.

The U.S. punished ZTE earlier this year for violating sanctions on Iran and North Korea. In April, the U.S. banned American companies from selling components to the Chinese tech firm. And in May, the Trump administration barred the company from selling products on military bases over concerns the company could surveil the U.S. military with its devices.

ZTE didn't take those hits well, and in May most of the company shut down. In mid-May President Donald Trump said he would work to help ZTE, and later that month he confirmed there was an agreement in progress.

A Commerce Department spokesperson told media outlets that no definitive deal between the U.S. and ZTE has been signed yet.