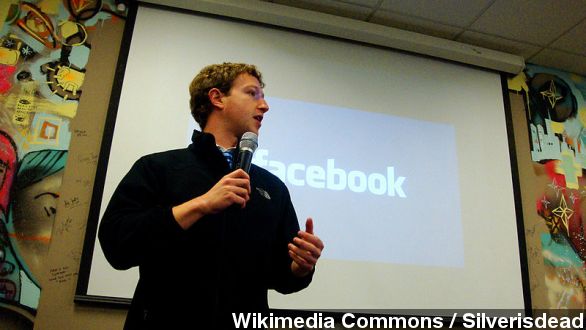 The Facebook CEO believes there are many misconceptions about undocumented immigrants and is continuing his fight for immigration reform.

ZUCKERBERG: "They really don't know any other country besides that, but they don't have the opportunities that we all enjoy. It's really heartbreaking. It seems it's one of the biggest civil rights issues of our time." (Via ABC)

During his interview with ABC 'This Week,' Zuckerberg said there are a lot of misconceptions about undocumented immigrants — including children of illegal immigrants who face being deported from the U.S. once they're adults. (Via WABC)

It's such a big issue for Zuckerberg, he has co-founded a group with 12 others, including Bill Gates, called FWD.us.

According to the site, supporters include Microsoft CEO Steve Ballmer and Yahoo! CEO Marissa Mayer. Its goal is to push for immigration reform. But Zuckerberg and his supporters might be facing an uphill battle.

A writer for left-leaning The American Prospect says the movement for immigration reform is growing "weary" with legislation stalled in the GOP-controlled House — five months after it passed in the Senate.

"... the legislative effort has hit the same Republican roadblock that shut down the government for two weeks in October and has kept Congress from passing a host of important bills."

But the International Business Times writes it's not because Republicans don't support immigration reform — some say they'd rather take a "step-by-step approach."

Former VP candidate Paul Ryan said the House would pass seven or eight bills because he says the current measure isn't fully effective on the issue of border security. (Via YouTube / gopconvention2012)

FWD.us is running commercials in both English and Spanish. Recent ads say both political parties see the need for immigration reform, but they're taking far too long to come up with a solution.

When asked if he was more or less hopeful about the possibility of immigration reform after visiting the nation's capitol, Zuckerberg responded by saying he's a "fundamentally optimistic" person.