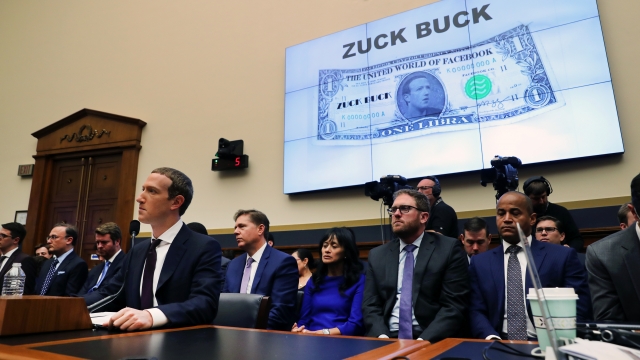 Facebook's CEO has long positioned Libra as a tool to help the unbanked, but some legislators worry that the currency may exploit that group further.

In a rare hearing with the House Financial Services Committee, Facebook CEO Mark Zuckerberg addressed plans for the Libra cryptocurrency — and addressed concerns that that Libra's initial backers won't be diverse enough to help the underbanked.

Zuckerberg himself had a difficult time answering questions about who exactly had an ownership stake in Libra, and how that could affect the mission of the digital currency.

"Of the 21 [groups in the Libra Association], how many are headed by women?"

"Congressman, I do not know the answer to that off the top of my head, but I can get it for you.

"How many of them are minorities, Mr. Zuckerberg?"

"Congressman, I do not know that off the top of my head."

"Is it true that the overwhelming majority of persons associated with this endeavor are white men?"

"Congressman, I don't know, off the top of my head, the list of the people who are running the organizations in the association."

In fairness, Libra has seen big names headed for the door already, in part because of pressure from legislators and regulators alike. Since its launch, seven of the initial 28 Libra Association members have dropped out, with most of those being payment processors like Visa and Mastercard.

Still, this was a sticking point for lawmakers who hoped Facebook would be more mindful of past mistakes — like discriminatory ad policies. They want Facebook to be more civic-minded with this project.

Zuckerberg: "Congressman, I'm not sure of the answer of that question. But what I do know is a lot of the people we serve around the world are underbanked, and this is beyond the US as well."

Meeks: "You got institutions here, minority depository institutions, and if you wanna show that you're doing the right thing, then with all of the money that you have you can do it in the United States and other places also. … I would almost guess that there's zero dollars there, and you should thereby then look at your policy and change it, because action speaks much louder than words."