2 People Injured After Another Explosion In Austin, Texas 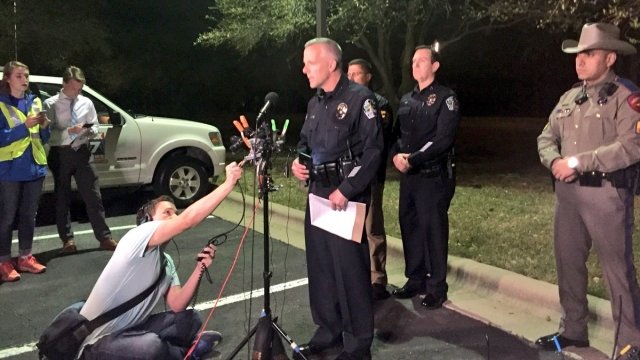 Authorities believe the explosion Sunday night is related to the other incidents earlier this month.

Two people were injured Sunday night after another explosion in Austin, Texas.

Austin Police Chief Brian Manley said in a statement that authorities think the explosion was caused by a bomb and related to the other incidents earlier this month.

Police say at least two people died and two others were injured after exploding packages showed up at their homes.

Manley said this package was different, though. It was left on the side of the road, and it may have been triggered by a tripwire. The two victims were injured while either walking or riding their bikes, and both are in good condition at the hospital.

The police chief asked area residents to stay in their homes while investigators processed the scene.