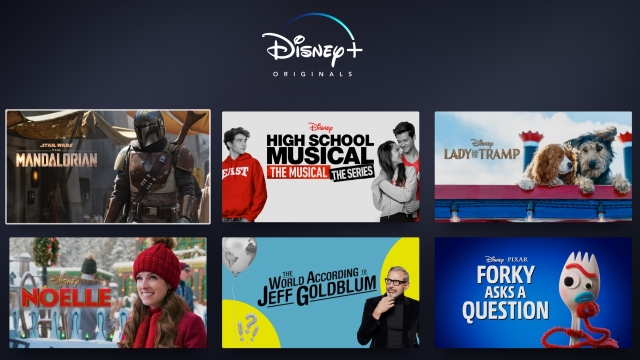 2019 saw the launch of Disney Plus, Apple TV Plus and Netflix's highest-profile slate of original films.

"I think streaming has been what has kept the show sort of in people's orbit."

"We're kind of settling into a new type of entertainment."

2019 was a big year for the streaming industry, and that's putting it lightly.

In the summer, new and old platforms battled for the rights to legacy shows like "The Office," "Friends" and "Seinfeld." In the fall, both Disney Plus and Apple TV Plus launched to millions of new subscribers. And before the year even ended, the streaming industry completely shut out network television for Golden Globe nominations.

Take, for example, the Netflix original films "The Irishman" and "Marriage Story." Both movies debuted theatrically to build hype and qualify for award shows. But because they were only in theaters for a couple weeks, a spokesperson from the National Association of Theatre Owners told Newsy they were just "token releases."

Meanwhile, Disney completely steered away from a theatrical release when it debuted the live-action adaptation of "Lady and the Tramp" directly onto Disney Plus.

That choice of streaming over theaters will likely continue for the house of mouse as it builds its new platform, and that'll likely put pressure on the movie theater industry to innovate and change as well.

Beyond film, legacy television networks are facing the same issue. Earlier this fall, Wolf Entertainment — the company behind "Law & Order: SVU" and the Chicago One franchise — made major headlines when it announced it was considering more digital efforts.

We talked to Wolf himself, and he said: "Well, it's not a way away from broadcast. It's a support of what I hope will be broadcast for another 10 or 15 years."

Going forward in the spring of 2020, two more legacy media companies — NBCUniversal and WarnerMedia — are launching their own streaming services to compete in the increasingly crowded arena.