Millions May Be At Risk Of Arsenic Poisoning In Pakistan 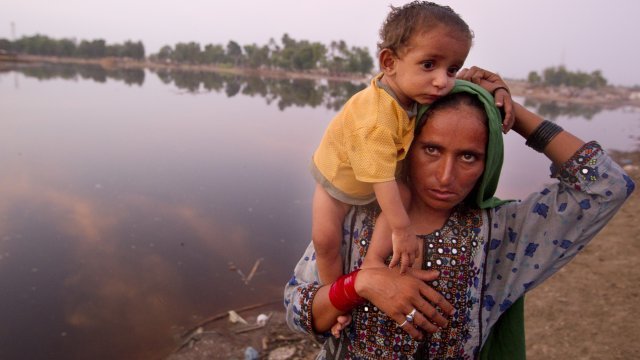 Up to 60 million people there rely on water sources that contain unsafe levels of arsenic.

A study released Wednesday found that at least 50 million people in Pakistan are at risk for arsenic poisoning from contaminated water.

Arsenic is a naturally occurring element sometimes found in soil. In high doses, it can cause cancers, skin disorders, abnormal heart rhythms and even death. There's no cure for arsenic poisoning.

Experts say levels of the pollutant along the Indus River are much higher than the levels determined safe by the World Health Organization.

Pakistan has been struggling to provide clean water access. A 2016 survey of almost 3,000 water sources in the country found around 70-80 percent of them contained water that was contaminated or unsafe for drinking.

Why It's So Hard To Get Everyone Access To Clean Water

The United Nations' goals for 2030 look like they could come up short.

And thanks to a population boom over the past few decades, farmers have begun overpumping groundwater.

They have to use more water than is typically necessary due to outdated infrastructure, and that can lead to arsenic contamination in underground aquifers.

The study calls for testing arsenic levels for every water well in the Indus River Valley.