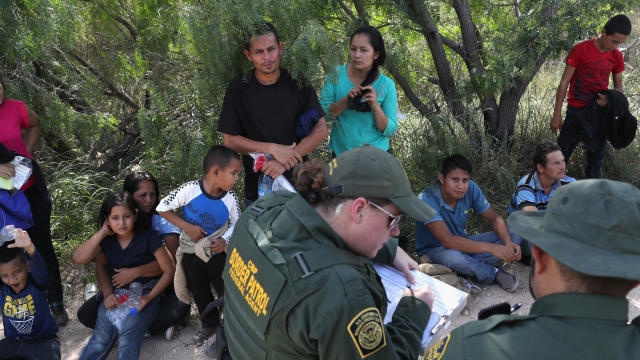 The ACLU is seeking damages on behalf of thousands of families who were separated under a Trump administration policy.

The American Civil Liberties Union is suing the Trump administration on behalf of thousands of migrant children and parents who were separated at the border. The lawsuit calls out officials from the White House and the Departments of Justice, Homeland Security, and Health and Human Services.

The ACLU is seeking potentially millions of dollars in damages and the creation of a fund to pay for professional mental health services for the families. It's representing thousands of families from Guatemala and Honduras who were separated for as long as 16 months.

Lee Gelernt, the ACLU lawyer leading the suit, said: "Tragically, it could take years for these families to heal. Some may never recover, but we are fighting to give them a chance."

The ACLU says the administration's family separation policy was illegal. It alleges the policy violated the Fourth Amendment, which bans the unreasonable seizure of children; the Fifth Amendment, which guarantees due process regarding the rights to family integrity, a hearing and health care; and the constitutional right to equal protection, which bans discrimination based on race, ethnicity or national origin.

The lawsuit also alleges "traumatized children were not provided any meaningful treatment to address the fear, isolation and abandonment they experienced or the lasting effects of their separation and confinement."

The Trump administration previously stood by its separation policy as an effort to restrict the number of migrant families crossing the U.S. border. But following backlash from both Republicans and Democrats, the president signed an order to stop the policy in June 2018. Days later, the ACLU won a nationwide injunction blocking the policy, and a judge ordered that the families be reunited. But in many cases, officials couldn't identify which children belonged to which parents. The government didn't have a reunification plan or tracking system after separating the families.

The ACLU is seeking class-action status. If it's successful, thousands of families not included in the suit could also receive compensation. While there isn't an exact dollar amount requested, complaints the ACLU filed with DHS seek $3 million per family, and those could be tied into Thursday's lawsuit when all is said and done.