The Majority Of Families Separated At The Border Are Still Apart 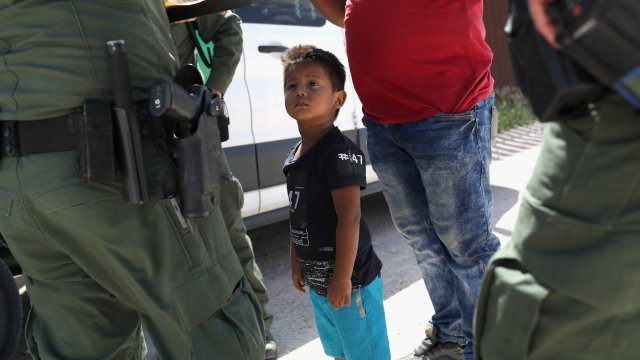 According to court documents, an estimated 364 migrant children between the ages of 5 and 17 have been returned to their families so far.

The U.S. government has about a week left before a court-ordered deadline to reunite thousands of children and parents who were separated at the southern border. But the vast majority of those families are still apart.

According to court documents filed Thursday, an estimated 364 migrant children between the ages of 5 and 17 have been returned to their families so far.

The government has identified a total of 2,551 kids who had been separated from their families at the border.

Last month, a San Diego-based federal judge ordered that all children over the age of 5 be reunited with their families by July 26. The government recently finished reuniting children under 5 years old with their eligible guardians.