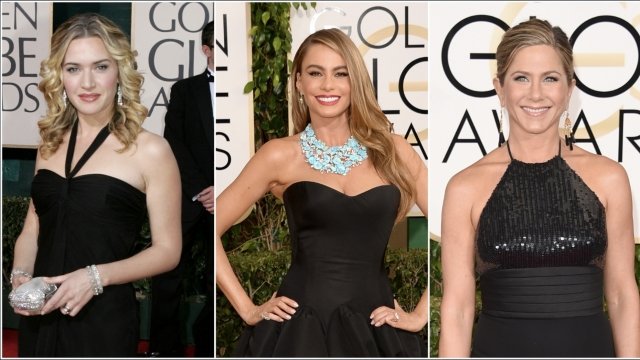 Don't be surprised if you see a lot of stars wearing dark colors to the 2018 Golden Globes.

The show's presenters have yet to be announced, but some female nominees include Jessica Chastain, Reese Witherspoon and Octavia Spencer.

Celebrities have coordinated their looks for other past award shows. In February, stars wore blue ribbons to the Oscars to support the American Civil Liberties Union.

We don't know how or if the 75th Golden Globe Awards will address the recent flood of sexual misconduct allegations that have rocked Hollywood.

After Replacing Spacey, Plummer Is Nominated For A Golden Globe

Kevin Spacey was replaced by Christopher Plummer in the upcoming film "All the Money in the World." Now Plummer has been nominated for a Golden Globe.

It'll be the first major award show since scandals toppled the careers of big names like Harvey Weinstein and Kevin Spacey.

We do know the Screen Actors Guild Awards will feature only female presenters at its ceremony in January.

The show's executive producer told The New York Times, "I want to salute women who are coming forward to speak at a very difficult time about very difficult subjects at great risk to themselves."

Some men at the SAG Awards will introduce nominees for the film ensemble category, but a woman will present the actual award.

Beyond presenters, the SAG Awards tapped Kristen Bell to be the ceremony's first-ever host.