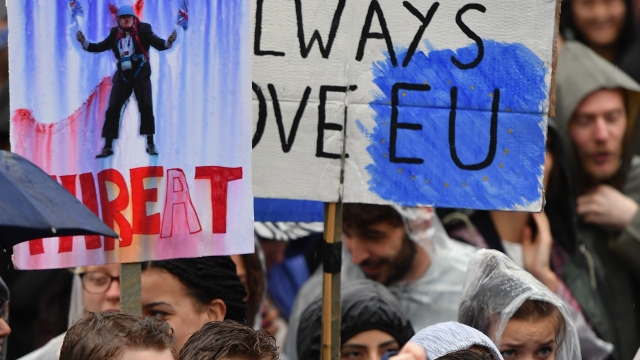 A Romanian newspaper started a campaign that tells Brits to leave "the quarreling and the weather behind."

People who voted for the United Kingdom to remain in the European Union, fear not. A loving Romanian family might adopt you.

After the Brexit vote led to a $3 trillion loss in global markets, a Romanian newspaper started a campaign on Monday called "Romanians Adopt Remainians."

The website invites "remain" voters to be "adopted" by a Romanian so they can stay in the EU.

It tells Romanians: "The good people who voted remain and share European values deserve to be our relatives. Let's all volunteer so that each Remainian is adopted by a Romanian."

The site encourages Brits to "leave the Brexiters, the quarreling and the weather behind. Start a brand new life in a loving Romanian family."

I'm obviously not British, but I wanted to see what the process is like, so I applied to be adopted.

Brits and Romanians simply go to RomaniansAdoptRemainians.eu and can sign up to be adopted or to adopt someone. They sign up through their Facebook profile and reportedly have the ability to get in touch with their adopter or adoptee. The adoptee also gets a nifty ID card.

Some young Brits are now considering moving outside the U.K., according to many local outlets.

So maybe someone will actually take up Razvan Silviu's offer to adopt me.

The Brexit vote last Thursday shocked many, and global markets to took a deep dive in the two trading days after.

And British Prime Minister David Cameron said he would resign.

"I do not think it would be right for me to try to be the captain that steers our country to its next destination," Cameron said Friday.

But some people are still fighting, despite the Brexit. Scotland's prime minister said she wants another vote to keep Scotland in the EU.

This video includes clips from CNN and BBC, and images from Getty Images. Music provided courtesy of APM Music.