AI Can Do An Astronomer's Job 10 Million Times Faster 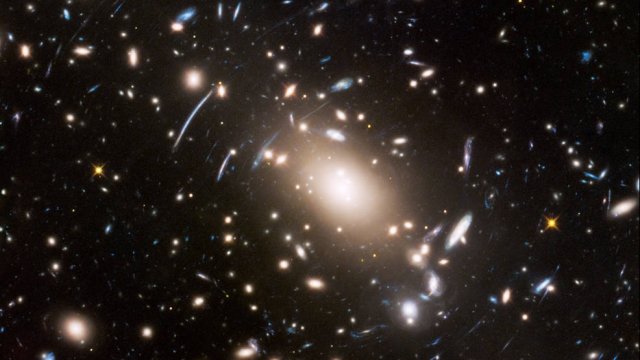 Analyzing the gravitational lensing effect can take astronomers weeks and months. Artificial intelligence can do it in seconds.

Artificial intelligence just made one tedious aspect of astronomy a lot easier.

A team of researchers trained neural networks to analyze the effects of gravitational lensing — that can happen when faraway galaxies appear to be multiplied or stretched into rings and arcs by the gravity of massive objects closer to Earth.

Astronomers built a computer to mimic how the human brain processes information and fed it half a million example images of gravitational lensing. The computer eventually learned to analyze new lensing pictures in seconds — nearly 10 million times faster than astronomers can.

Researchers study these distortions to map out how mass is distributed in the universe and to uncover new clues about dark matter. The team said this faster capability is vital for future exploration as we look deeper and closer into space.